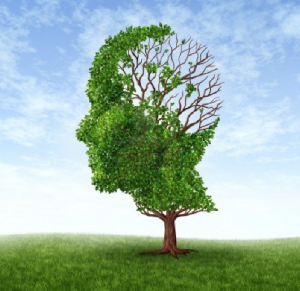 As we have mentioned Dad, with his dementia, can’t really remember one day to the next and on bad days one hour to the next. But some things do stick. Alas not my phone calls and last week he even forgot I had visited him and gone to the hospital with him.  He told me all about what the doctor wanted to do and the risks of the procedure. I didn’t have the heart to say I was there and knew it all. However when it’s to do with helping Mum his memory seems to work OK.

This is the story. 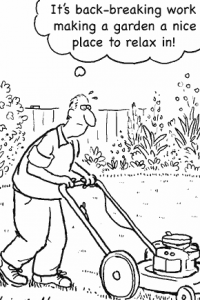 Mum has been having a number of delusions again. We will write about the fun ones in another blog. In addition she is struggling right now with the garden. Despite the continuing cold weather it has started to grow and the grass in the front garden is pretty long. At the end of last week she told me a neighbour had come to the house and said he had met Dad in town and done a deal with him. The neighbour could take some old bricks Dad had from a wall that had been taken down if he, the neighbour,  cut the grass.  Mum was a bit unsure when he was to do this.

Well he turned up and took to the front with a scythe. Mum said he is not so young himself and was quite red in the face by the time he finished. He promised to come back the next day to start the back garden.
My sister and I were pretty sceptical. This must be another delusion. Maybe she was so worried about the length of the grass she has magiced him up! This was just another case of things appearing like the cross stitch books. But the next day Mum gave a full description of how much he had cut and the redness of the face.

My sister went to visit on Sunday and sure enough the grass had been cut. Poor man he now has to load and transport the bricks. Mum says he is in his 70’s so not much younger than the people he is helping!  Hope his memory is better and he remembers to come back for the bricks!

How Dad did this deal we may never know, he can’t remember anything but it has helped Mum out.  We really must be less sceptical!