Things had been going really well with mum since she moved into her new flat. For someone with Dementia, she seems to have settled very well and likes being close to the shops. She was even going to coffee mornings and bingo although she said she was not very good at spotting the numbers.

We have had no issues with things going missing and she has even remembered that she hid all her jewellery in her shoes when she was packing for the move!

Then one Thursday evening, with no warning, everything changed! When I called her she told me that dad and my nephew had been there all afternoon sleeping in her chairs. I knew this wasn’t true as I had just spoken to dad and he was at his Care Home and anyway, as we have said before, he can hardly walk.

There have been times when mum believed he came to the house before she moved but this time was different. This time she could actually see him there in her flat! Over the next few days he came regularly and sometimes he had two little girls with him. We can only assume the little girls were my sister and me (obviously at a younger age). She said they were 5 and 8. So that would be about right in terms of the age gap. She was quite happy about these visits and even seems to like the company. 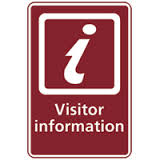 Within a week she was even seeing a small house out of her window, where no house actually was. She said dad lived there when he wasn’t with her. Whilst she was completely convinced about all this she would also quite happily agree he lived at the Care Home.

It also seems he lives in the small house with a lady friend. We could never quite get to the bottom of who this lady is but she was, and still is, real to mum.

Mum was not scared or worried about these visitors and when we gently suggested they might be in her imagination she happily agreed but then continued the story of what each visitor had done that day.

This, we are told, is classic Alzheimer’s symptoms. Oh well, at least it’s an improvement on people smelling and taking her food out of the fridge!