When we finally made the decision for Dad to live in a Care Home it turned out to be an easy decision in the end. The warden assisted flat worked for a time when he was mobile and could walk to the pub or into the shops but in the last few months he has been too frail even to do that. This has meant he is very isolated. He goes to a lunch club on a Monday and there is usually bingo or cards on a Thursday and maybe a coffee morning but apart form that he may not see anyone for days apart from his carers who are only there for minutes to cook a meal. Dad is very sociable so it has been an issue. I know many people avoid Homes for as long as possible but Dad is over the moon about the plan. He is particularly looking forward to having proper food cooked for him after existing on ready meals for 8 months, which is all the carers are allowed to cook.

He moves tomorrow. It has all happened very quickly. One of the struggles is getting him to understand when he is moving. As he lives entirely in the moment the concept of 2 days to the move is hard to get him to comprehend. So there was a little drama today. It is 24 hours before he moves. When his lunch time carer arrived there was no food to cook. My sister had stocked up at the beginning of the week not realising the move would happen so quickly. To the carer Dad insisted he didn’t need any food because he was moving so he had given it away. But everything had gone except for some breakfast cereal. The carer obviously very agitated, insisted she would go and retrieve it. Or at least enough for lunch and dinner if Dad would only tell her who had it. A mighty row followed with Dad insisting he didn’t want to eat ready meals anymore and the carer insisting she needed to give him something to eat. Poor lady she is new to Dad and has only been working with him for a few days. On top of having no food to cook she has lost the job! 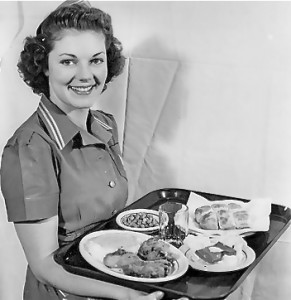 When I spoke to Dad later he insisted he was going out for fish and chips. He fails to remember that he can’t walk more than a few steps. He told me with rather a strop in his voice not to worry. He also insisted he had given the food to his old carer not one of the other residents, which is very strange as there is no reason she would be visiting. They are quite fond of each other but she lives at the other end of town. The cause of the row he said was the lunch carer being jealous that he didn’t give her the food. My sister wasn’t very happy either as she had earmarked any surplus food for her son. After all she did buy it!

Anyway, I think it will just have to go down as part of Dad’s enthusiasm to move on. The next piece of ‘sleight of hand ‘ is to buy new clothes. His are very tatty and he really doesn’t care and doesn’t want to spend the money either but we think he needs new stuff for the Home. My sister will just pack the new stuff and leave the old for us to sort out later. There are some advantages to loss of memory. At least for those who are trying to help!