We’ve mentioned in recent posts that dad’s attachment to another woman in his Care Home was getting a bit out of hand. All through the summer and autumn the attachment continued and is now causing real problems. We now have all the various care services working together, or at least, apparently so.

Things are not looking good for dad. It started with the Care Home saying they can no longer meet his care needs and that he would be better off somewhere else. They gave us a number of examples of dad and Violet being found in compromising positions and in various stages of undress.

Whilst I have some sympathy with the home’s manager my question was why should dad be the one to move? He has been a resident for longer than Violet. Also wouldn’t the same thing happen in the next home and how likely is another home to take him if there is a risk of him forming a similar attachment elsewhere?

The manager tried to reassure us but my sister and I remain sceptical. The home also produced a whole host of other reasons why he should move, not least being that he would be happier in a home with more men.

Of course, anyone who has spent any time around care homes knows that is wishful thinking. There are a few male only units but most are mixed units dominated by women.  The bottom line is women live longer.

When Older People’s Mental Health got involved you could say the S**t hit the fan. They clearly took the view that both dad and Violet were at risk and were very unhappy that they had been alone for long enough to remove clothes!

Picture it. Dad can barely walk and the journey to his room from the lounge can take him 10 minutes with his walker. It is painful to go anywhere with him. Yet somehow these two 84 year olds managed to get all the way to his room, bar the door with a chair and get their clothes off before anyone realised. This is all at a time when the home knew they were being somewhat amorous and they were meant to be keeping them apart!

Now, maybe passion pushed him along a little faster but frankly I doubt it and it has not happened just once but several times, or so we are told.

The home is now on red alert against it happening again. All sorts of assessments are being done and dad’s medication has been changed to see if they can calm down the sexual desires.

The manager is, as you can imagine, not very happy. Much to my surprise in the middle of these discussions dad suddenly confessed all about his friendship with Violet to me. Until this week he had not mentioned anything to either my sister or me. 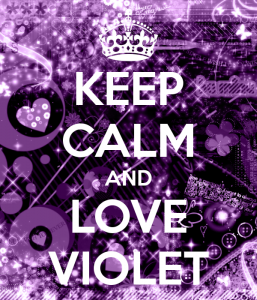 In this conversation he said he liked Violet a lot but categorically denied having sex with her. He did confess to his hands wandering a bit and accepted my view that this was not really appropriate in public and is rather disrespectful to Violet.

I asked him how he squared this with being a married man. He said he didn’t think mum would mind. Goodness, how people can delude themselves. My strong advice was not to let on to mum because she definitely would mind, a lot!

Today he tells me Violet thinks it is very funny that I should think my dad was having sex and equally funny that I am lecturing him about his behaviour with a women.

Well, it is funny but not in a way that makes me laugh. Never in my wildest dreams did I expect to be having a conversation with my father about his sex life and how he should be handling an affair, especially not with him at 84 years old!