Terry Pratchett died last week.  We pay tribute to his brilliant books but more so for his bravery in making public his struggle with early onset Alzheimer’s disease. He was diagnosed in 2007. He called his disease ‘an embuggerance’, what a great word to describe what so many people now struggle with.

Amazingly, he still managed to write and completed his last book, a new Discworld novel, in the summer of 2014 before succumbing to the final stages of the disease. Terry supported the Alzheimer’s Society financially and seemed determined to keep a positive mind set.

Most of all, in our view, he made the un-discussable able to be discussed.

The world will surely miss this great author and great man. 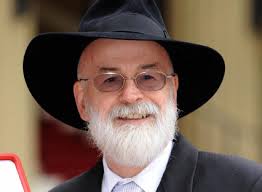