It’s that time of year when many people make resolutions but if you are wheelchair bound and have dementia, I wonder what they might be?

Speaking to dad yesterday was a joy. He was happy, chatty and even remembered what he had been doing earlier in the day; a rare event these days! For months now, he has been becoming more and more detached and vague.

When I called, he was just back from an entertainment activity session where the residents had been singing carols, eating mince pies and generally having a good time.

He was regaling me with details of the fun he had been having; who could sing, who thought they could sing but were really rubbish, the quality of the mince pies and the songs they sang.

Finding him in such good spirits made the phone call so much easier and we soon got into something resembling a conversation. This prompted me to ask dad what his resolutions would be for the coming year. 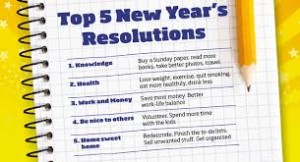 “I am going to get better”, he said. “Oh, have you been feeling unwell?” was my question. “Well, not really ill, just not myself. I’m just not the person I used to be and I need to get back to being that person”, was the response.

This brought a smile to my face. “Could it possibly be old age?” I asked. “Maybe but that’s not really an excuse”, came the feisty response (this was like the dad of old, maybe his resolution was already working!)

At this time of the year it can be hard when a loved one has been deteriorating but when we get these little nuggets of remembrance and the old personality pops up, even if only for a few moments, we need to treat them as a gift.

We hope you have a few yourselves this festive season. Wishing you a very Merry Christmas and a happy New Year from Fifty Shades of Dementia.