With dementia still reigning we, of course, expected mum’s house move to be difficult for her but when the time came she took it mostly in her stride. The problems were much more for me and my sister.

We arrived bright and early on moving day to supervise everything. All went smoothly, no small thanks to the packers who were very efficient, and even packed empty washing up bottles and hundreds of empty glass jars! Also plenty of thanks go to the young couple who were buying mum’s house. They had little furniture and had said to leave anything we didn’t want and they would pick what was useful and take the rest to the charity. Lovely people!

The real challenge came at the other end in mum’s new flat. The night before mum was due to move we had to bully the estate agent to ensure all the rubbish from the previous owner was removed. Although they had previously promised the flat would be cleared, he suddenly seemed to think it was ok for us to do the task!

That caused some stress but we did finally move mum’s belongings into a blank canvas. Our plan had been to get the furniture in place for her, unpack her clothes and make her bed. Then unpack the kitchen with Mum’s input and let Mum do her books and other more personal bits and pieces. 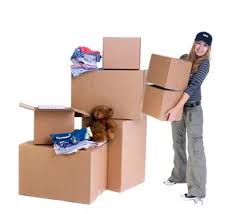 Within an hour of being there it was clear that plan was not going to work! Mum could not focus on unpacking for more than a minute and had no sense of how to organise things or an opinion on where she wanted stuff. I spent a frustrating hour trying to get her to say where she wanted different things in the kitchen – Which drawer for the knives? Where would the tea and coffee live? Which cupboard for the plates?

It was at this point we also found she had only brought one plate and one mug. She was clearly not expecting visitors or at least not intending to give them tea! But she did have over twenty boxes of porridge and enough hair conditioner to last a normal person their entire life. She insists she buys it when it is on special offer. All I can say is that it must be on offer permanently!

We tried hard to get her to choose where she wanted her precious cross-stitch pictures but eventually gave up on that and just made the decision ourselves. After feeling like we were going mad trying to get her input, we finally suggested she go to the shops which are now within minutes of her flat, so we could finish off.

We worked hard but of course it all took much longer than expected and my sister and I ended up booking a Premier Inn and staying the night so that we could get up early the next morning to finish off the unpacking and get mum settled before we travelled back to our own homes.

The decision to stay was very clearly necessary to help mum but wasn’t the best for us. We hadn’t expected to stay over so we had no clean clothes with us, no toiletries or makeup and we were up so early that we weren’t even able to get a decent breakfast but at least what they say about the bed being comfortable was true!

Arriving at the flat we worked hard again, unpacking and arranging and explaining things to mum and were finally finished by about 3pm. We each travelled two hours to get home for a much needed shower, change of clothes and at least in my case, a large glass of wine which made it all seem not quite so bad! 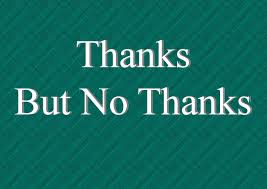 The real issues started a few days later. Mum suddenly decided the knives were in the wrong drawer, we had stolen all her cross-stitch pictures, (even though they were there on the walls) and she said we had meanly put her clothes in the wrong side of the wardrobe. Oh and her story was completed with the fact that we had sent her out into the cold so we could do all those mean things behind her back!

It had been an exhausting and not terribly satisfying weekend for us and I have to confess even with a rational understanding that this was mum’s dementia speaking, it was upsetting that she was so completely ungrateful for all the work we had done!

I think that is one of the many difficult aspects of mum’s illness; her complete focus on self and a disconnection from other peoples feelings.