As we have mentioned the relationship between mum and dad has been pretty volatile for several years, you can read more in our earlier dementia stories.

In the main dad has always been dedicated to mum through all her various moods. He says he still loves her and even when she threw him out of house and home and caused him to lose the dog he loved, he still maintained his affection for her. Well, now the tide has turned, or at least it seems to have.

Dad is generally happy at the Care Home where he lives although he does say people there are so old they are hard to chat to (of course they are no older than him but he seems to have lost the capacity to work out people’s age).

Anyway, there is a new resident that he seems to have formed an attachment to. He told the staff he made friends with this lady and that she is 23 years old! The manager has however told us that the lady is actually 84, the same age as dad!

So dad has this new friend, let’s call her Violet. At first we were happy he had found a friend. Then it became clear they were very friendly. And I mean VERY friendly! 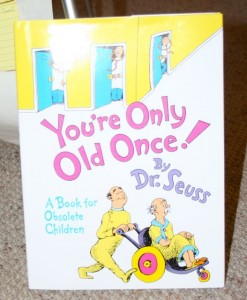 The carers at the home have had a right old time of it; finding them holding hands and cuddling in the sitting room and on more than one occasion locking themselves in dad’s bedroom and refusing to come out. If it was just a sweet old age friendship no one would mind much but they seem to have other ideas.

We are told that one of the symptoms of the later stages of dementia is a loss of inhibitions. So apart from hand holding there have been suggestions of holding much more, and in public!

The manager says she needs to ascertain if they are both capable of making an informed decision. Clearly this is right and she must manage the morals of her home. Older People’s Mental Health services seem to be passing the hot potato saying it is up to the home to manage the situation.

In the meantime dad is aware enough to keep the true nature of the friendship from my sister and me. He occasionally mentions a lady he likes to chat too but says no more than that to us.

He has also taken to complaining about the young carers at the home telling him what to do. After feeling a little concerned we then realised that each of these complaints occurred when Violet had been asked to leave his room by the staff.

And mum? Well, so far she has not been consciously aware of this new ‘friendship’ in dad’s life but she has started to become quite paranoid again, saying she has thoughts and dreams that dad is having an affair. This is an old theme for her but how clever is the unconscious mind? Clearly she is picking something up.

And what should we do as daughters? Well it’s kind of hard to police your parents love life, isn’t it? Now I know something of what it must have been like for them when we were teenagers and they disapproved of a relationship!