This post is about our views on the care of dementia sufferers based on experiences with our parents. It is less light hearted than our usual posts but we’ve written it in the hope that it may high-light problems that could lie ahead. You see, for most of my life I’ve been uninterested in politics but when I heard about Theresa May’s so-called ‘Dementia Tax’ I was completely horrified!

If you have followed our blog over the years you will know that my sister and I supported both our mother and our father through years of Dementia; from diagnosis, through the various stages of decline, learning about benefit claims, at home care, deferred loans, selling their property, residential care, all the way to their final days and their death.

We learned that there are many different types of dementia; each person’s story is different, often it seems depending on their underlying personality. So, if you are faced with this Dementia supporting journey, you may be dealing with an easy-going dad who in the early days of dementia still has enough about him to realise he can’t cope with financial decisions and makes the practical decisions a little easier by asking you to arrange a Lasting Power of Attorney.

Or, you may be dealing with a mum who has always had a tendency towards anxiety and so doesn’t easily trust anyone. Who, with the onset of Alzheimer’s becomes paranoid about her safety and her home to the extent that she believes everyone, and especially her family, are trying to steal her money and take her home away from her. See our post, Kidnap Averted and it only got worse!

In fact, it’s very common for someone with Dementia to become paranoid about their belongings and their safety, you can find further information from the Alzheimer’s Society here 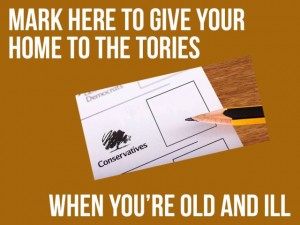 So, the question I have for the politicians who want to bring in this ‘Dementia Tax’ is, “have you ever tried to reason with a person who is suffering from paranoia due to Dementia? Please, please just take some time to think this through!”

It’s hard enough trying to get an older person to accept the help they need even when it’s clear to everyone else they need support. Can you imagine how difficult it will be trying to persuade someone with Dementia to sign away part of the value of their home in order to access care?

Our dad’s stance was that he had worked from the age of 15 to 65, had paid his Taxes and National Insurance and if they (Older People’s Mental Health support services) wanted him to have care then they should jolly well pay for it because he wasn’t going to!

In the end, the only way we got our parents the amount of support they needed on a daily basis was to fib to them. We told them the council was paying for all their care when really it was coming out of their savings. That only worked for us because by then we were looking after their bank accounts. Can you imagine what would have happened if they had been required to sign documents releasing equity in their beloved home in order to employ carers?

I know for sure that they would have chosen to go without the care they needed rather than give up the equity in their home. Sadly, that is what I predict will happen to many older people, amongst other unthinkable things, if this policy goes ahead.

Even for the families who have Lasting Power of Attorney in place, it won’t be easy. Making those big decisions against your parents’ wishes, even when you know it’s for their own good, takes its toll, needs much thought and very careful handling. 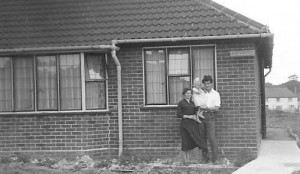 Since hearing about the possible ‘Dementia Tax’, our dear dad especially has been very much on my mind. As I say, he worked from the age of 15, then served in the Army, followed by the Ministry of Defence until he was 65, retired but still worked doing odd jobs, helping people in their gardens in the local community until he was 80. He was so proud of the fact that he had worked hard all his life, that despite his family living in council accommodation after having been bombed in the war, he was the first of his generation to purchase his own home. He often said all he ever wanted was to own his own home and to be able to leave it to his daughters.

I am absolutely sure there are many, many people who have a similar story. Is it right that after a life time of working, if someone is unlucky enough to get the very cruel disease that is Dementia, that they should be compelled to sign away a chunk of the value of their home in order to be cared for?

I hope and pray the answer to that question is a resounding “No!” If the answer does turn out to be a “Yes” then all I can say is “Good luck trying to manage that policy!”