We haven’t had too many delusions from mum for a while so I was a bit taken aback when she started telling me that dad was sleeping with her again!

For a moment there I thought it was true but then I realised it couldn’t be because he is way too frail to make the journey to her house and anyway he was in hospital on the day she told me. In fact I was actually calling Mum to tell her that he had been taken in when she launched into her story.

“You know your dad is sleeping here?” she said. “I hear him getting up in the mornings. It wakes me up but really it is too early to be awake so I try to stay asleep and then nod off again. I wonder why he keeps coming up here?”

Baring in mind I am not meant to agree with these delusions nor disagree with them I asked mum if she thought that maybe she had dreamed it. “Well maybe but it is strange to have the same dream several nights in a row.”

“Maybe it is a nice dream”, I said “and that is why you are dreaming it over again.”

“Yes”, was the response, “but that doesn’t explain why he is taking my chicken breasts and eggs out of the fridge. I wonder why he’s doing that? Hasn’t he got any food of his own, I thought your sister was supposed to buy him his own food?” 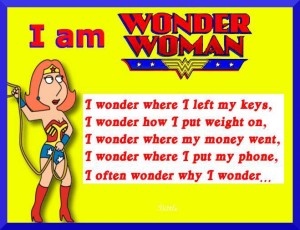 Oh dear we are back to the missing food! At this point I couldn’t hold back. “But mum, dad was in hospital last night so maybe it is a dream. Anyway, the good news is he won’t be sleeping with you tonight because he is still in hospital.”

I really must ask Dad what he thought about that particular conversation when he is out of hospital. That is supposing he can even remember it!