I’ve been away travelling so had missed the news about exceptionally large rats in England but dad had seen it and it had clearly struck a chord with him as he had remembered the story. He said he had been thinking about just how big the rats were. He told me the issue is they are becoming immune to poison and with the amount of food people throw out they are growing bigger and bigger. 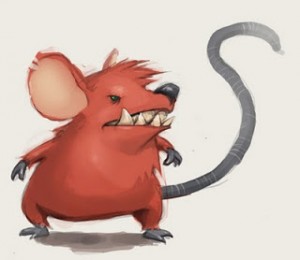 Anyway, that wasn’t all. He said he had been attacked by an amorous lady. Really? Did that truly happen or was it another confabulation?

The story goes that he was in bed and just falling asleep when he felt something tickling his leg. OMG he thought it’s one of those rats. He kicked out believing the ‘rat’ would go and started to fall back to sleep. But the same issue occurred. More ‘rat fur’ tickling his leg!

By now he was beginning to feel frightened and rang the bell for a carer. The carer put on the light and dad explained the issue with the rat. “There are no rats here”, was the response. “Well”, said dad, “you need to have a proper look, something is tickling my leg”.

The carer went to the foot of the bed and guess what? There was something tickling dad’s leg but it wasn’t a rat. He said it was one of the other residents.  She was sitting at the end of his bed with her hand up under the covers. How she got there and what she thought she was doing is not clear.

So the carer took her off to her own room leaving dad pretty shaken up. I think the prospect of an 80 something year old woman getting amorous was more frightening than a rat. 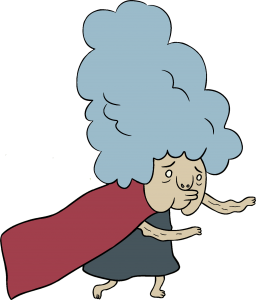 A few days later I asked about the amorous lady. “How is it going now?” I asked dad. “Oh, I’m staying well clear of her”, he said. “After all she must be at least 10 years older than me. She keeps coming into my room and I shout at her to go away.”

“Maybe she’s just confused dad?”  I said. To which he replied, “She may be confused but I don’t want my legs messed with again, especially at night. I would prefer a rat!”

Oh dear, if only it had been a rat! Another episode with further amorous troubles, coming soon…