Did you know there is a resurgence of the tooth fairy? Only the new version haunts old people who have failing memory and delusions. And so, we have another story from the land of Dementia…

Mid-way through the week mum announced she had lost her tooth brush. She is really quite sanguine about loses at the moment. This week apart from the tooth brush she has lost the Velcro she purchased to take up some trousers and also something else which now neither of us can remember. Honestly, having parents with dementia can play on your own mind and I live in constant fear about whether my memory is going the same way.

Apart from that, what I find very difficult is Mum’s habit of starting her conversations in the middle of a sentence or thought. It takes a good ten minutes to work out what she is talking about and this isn’t helped by her hatred of us asking questions to establish what she means. She gets very irritated if we do.

Some childhood triggers are set off by this because I always feel my heart sinking when it happens and so I often avoid asking. This results in spending ages on the phone going ‘Umm’, ‘Oh’, and ‘Really’, until I can grasp what the conversation is all about.

No, actually I don’t know! “You know, the thing you put it on to make it go.”, says Mum as if I’m completely dim!

“Aha, the charger.” “Yes, the charger, I keep it in the box but it’s not there. I’ve looked everywhere.” “Have you looked in the plug socket where you usually charge it?”, I ask. “No, I haven’t looked there.” She replied. “I’ll have to take a look at some time.”

Apart from an increase in the number of things going missing, but with less distress about them, Mum also seems to have lost the skills to search for the items that go missing.

I suggested she could still clean her teeth, it would just be a case of going back to the manual approach. 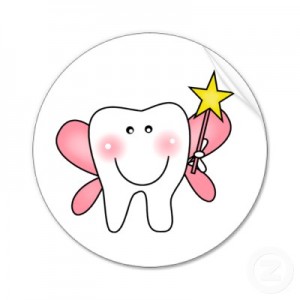 Two days later she told me the story again, except this time it wasn’t the charger but the brush head. She said she had a spare and she knew it was about time to change it but she wanted to find the old one. No amount of persuasion would shift her from this path.

I am still not sure if it was the brush head all along or if this was two incidents of loss. Trying to reassure Mum I joked maybe it was the tooth fairy. “Don’t be silly”, she said. “She only comes for the teeth when they fall out. Surely you know that at your age.” As Mum has lost a tooth recently she has obviously had a visit!

Oh, but the good news is the Velcro reappeared!