In the Care Home where dad now lives there are all sorts of characters. Visiting can be a bit of a tonic as you see he is so much better off than a lot of the other guests, some of whom have the most annoying habits. There is a lady who sings all day and all night she also walks around the place so where ever you go you get a rendition. I was telling dad I thought it was quite nice. ”It would be”, he said, “if she knew more than one song!”

There is also a lady who walks into walls, well not right into them but she wanders and when she comes to a wall that stops her she just stands there. The carers tell me they think her eye sight is failing and that’s why it happens.

Dad had told us a story of a woman who was lost from the home, no one could find her. It sounds like the carers were a little worried even though the doors are locked and there are always plenty of helpers around. One of them told me “we knew she was around somewhere. She just likes to wander”.

She wandered into dad’s room whilst he was watching TV and he didn’t notice her. He has his walking trolley behind the door. It has a seat on it. You will have seen people in the street walking around with then. The seat lets them take a rest if they need to. Anyway the lady, we’ll call her Betty, sat down and there she stayed for some time until dad was called for lunch when she was spotted. 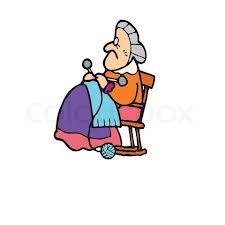 She now ‘wanders’ into his room quite frequently and sits on the trolley behind the door. At least the staff now know where to look! I asked him if he minded. “No, not really. She doesn’t bother me. I am just concerned if there may be consequences”. What do you mean, I asked? “Well what if someone else objected that she was in my room. I know she quite likes it. She seems to have found a spot that suits her behind the door but if her family were to hear she is in a man’s room they might not understand and I don’t want any trouble.”

It calls to mind being a teenager and worrying that every time I entertained a boy the worst would be assumed. Really what is it about 80 year old’s these days? Or is it a hangover from a time of different morals or appetites! A time when if a man and a woman were alone together something had to be ‘going on’. Poor Betty, she probably just likes the TV show dad watches.